i just released my latest app to the Android Market.

„Android News“ is a collection of several RSS feeds around Android. The feeds are grouped by their main language. The app’s tab view has four Tabs: Either use this link: http://goddchen.de/android/apks/fourchangallery.apk

Or use the QR code below 🙂 just wanted to inform you that my app „Cheating Birds“ is now the FIRST on until now the ONLY app on the Android Market that is able to unlock levels in Rovio’s Angry Birds RIO.

In Angry Birds RIO Rovio started to encrypt the highscore files. But that’s not a problem anymore. So feel free to check it out and unlock all the levels. 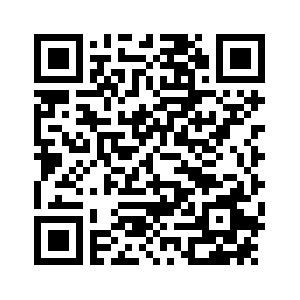 i just wanted to tell you about the lately launch of „Bottle Messages“.

Let’s see how this continues in the future 🙂

If you want to see yourself, grab it from the market:

or scan this QR code: Since many days the Android Developer Console has become unusable.

If one can at least display the app list (after at least trying to load the page tens of times), you are bombed with confusing error messages all over the place.

Here are some examples:

Here are some Google Groups threads that reported the errors days ago:

There are many more threads. Just have a look at the Google Group: http://www.google.com/support/forum/p/Android+Market/label?lid=7dc8a5c590cd22ee&hl=en

The disappointing thing here is that Google doesn’t even post a single response on what is going on… This is crazy. For example i have new app ready to publish, which will give me MONEY EACH DAY. I don’t get that money because Google won’t fix the Developer Console 🙁 That’s really frustrating 🙁

it’s been some time since my last blog post so i thought i’d blog a bit about what’s going on at the moment.

I recently had a look at „BottleMessages“ and thought about which killer feature it is missing. And i came up with: image attachements.

So I started implementing a clone with image attachment support and got a first version ready today.

So now i need beta testers, but how to recruite them? This is what i came up with:

That’s what i came up with. Until now (about 3 hours later) there were only 3 people who started to test my app.

Do you have any ideas on where else to look for beta testers? Are there any sites / forums dedicated for beta testing that i don’t know of?

Looking forward to your comments, Goddchen